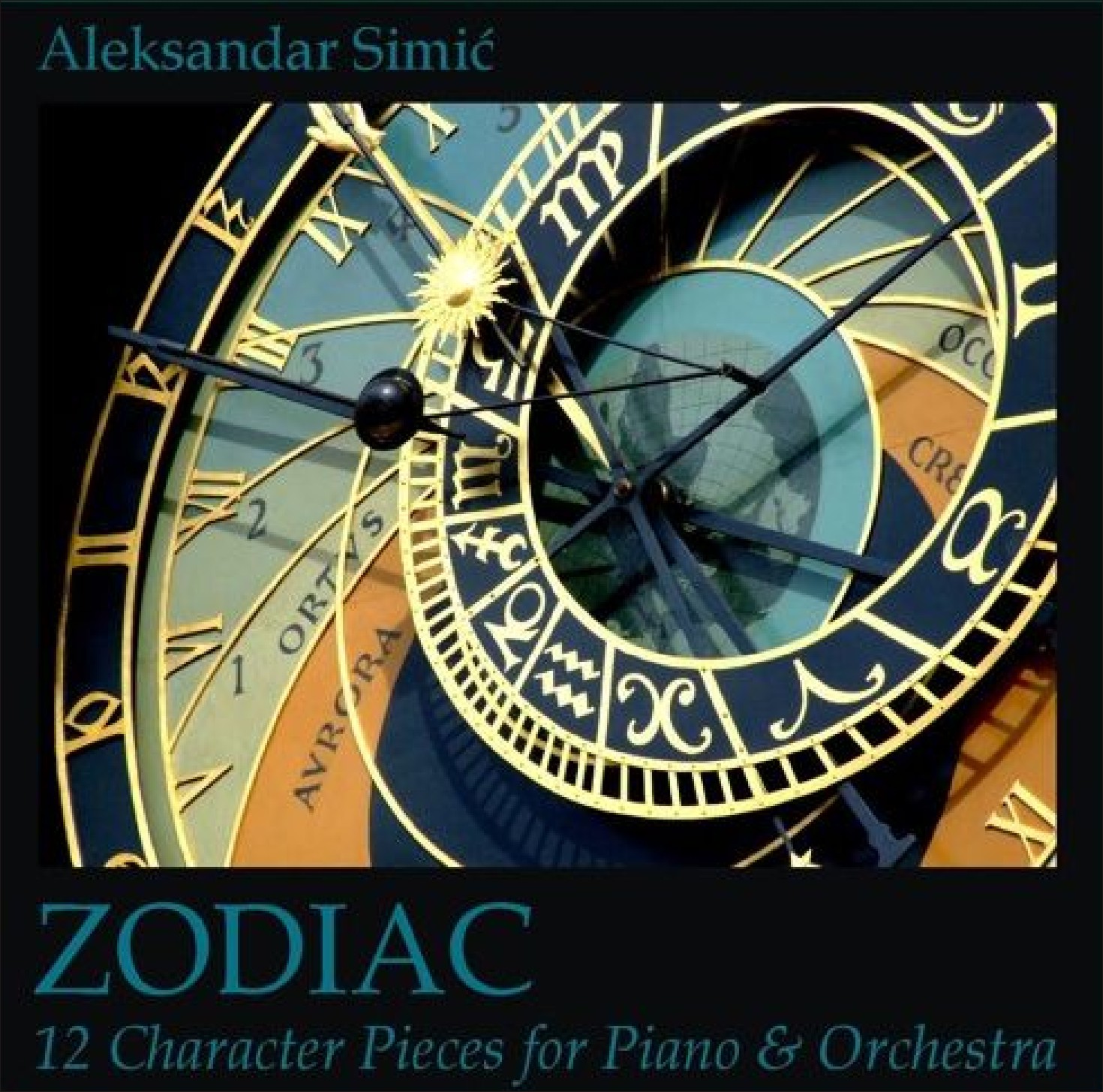 The whole idea about writing something like the Zodiac began many years ago, when I realized that fairly seldom composers were taking an innovative and imaginative approach to the wonderful and majestic medium such as piano and orchestra. Usually, when listening to a piano concerto, you are being given three large chunks of music – a fast movement, a slow movement…and  an even faster one. I was always wondering how come we have pieces in the classical solo piano repertoire, like the Pictures at an Exhibition, or Schumann’s Carnival,  or Tchaikovsky’s Seasons, for that matter, and when it comes to a piano plus orchestra, we still limit ourselves to the rendering of a standard Sonata cycle.

This is how I knew that I wanted my “piano concerto” to be a collection of miniatures, rather than a typical three movement form.

Looking for a theme that would unite this pieces together, I even went in the direction of Nordic folklore, planning to take a fairytale and turn it into music, with individual movements conveying different parts of the story.

But I knew I also needed something genuinely universal, in order to really capture the audience…I mean, why would anyone bother to listen to a new piano concerto by Aleksandar Simić, if he can have Rach 3, Tchaikovsky’s B-Flat or Prokofiev’s Second?! So I decided to turn for suggestions to the Universe itself.

The idea of the Zodiac is as old as our civilization. Our deep, unconscious and instinctive connection with the stars was there when first men roamed the Earth, thousands and thousands of years before the first astronomers began to unravel their secrets.  As we evolved, so evolved our need to understand ourselves, come to turn with the good and the bad sides of our characters and possibly find some absolution in the fact that our destinies have been determined from the very first day we were born – and guided by the stars.

I began to read and prepare for the actual composition, going through every piece on astrological psychology  I could get my hands on – from Jung and Freud, to Bruno and Louise Huber, and after some time I was confident enough to draw up a plan, or should I say a natal chart for the Zodiac. I decided to begin the cycle with the sign of Aries, and end it with the Aquarius, celebrating the new  chance that we are given with the beginning of a new era.

As we approached the premiere of the piece, I received a phone call from the orchestra – The Turku Philharmonics from Finland. They wanted to make the audience aware of which sign is being performed at certain times, and asked me if I would like to use the narrator, a slideshow or video to annotate the specific “movement” . As I heard that they have an IMAX Screen installed in the concert hall, I immediately, said “Yes…We shall have the video!”

This coincided with my old urge to move my concerts from the concert hall, to a movie theatre. We have seen music work in favor of the movies so many times, but we have also seen moving pictures and animations work in favor of the music – with Disney and Stokowski in Fantasia, for example.

Obviously there was no better choice of video installations to visually enhance, rhythmically, melodically and overall narratively underline the music, than to seek out the help of NASA, and ensure that taking the audience for an interstellar journey is done in the most extremely exciting possible of ways. I went for initial moral, logistical and material support to a couple of friends at the US Department of State, and in no less than 8 months of constant to and fro between D.C. and Huston, I had what I was dreaming of, and the cycle was complete on all levels, thanks to the spectacular materials provided by NASA gathered and sent to Earth by the Voyager ISM and Hubble ST.

Aleksandar Simić: Zodiac for Piano & Orchestra (Opening of the Sagittarius)

Complete audio of the Zodiac on SoundCloud