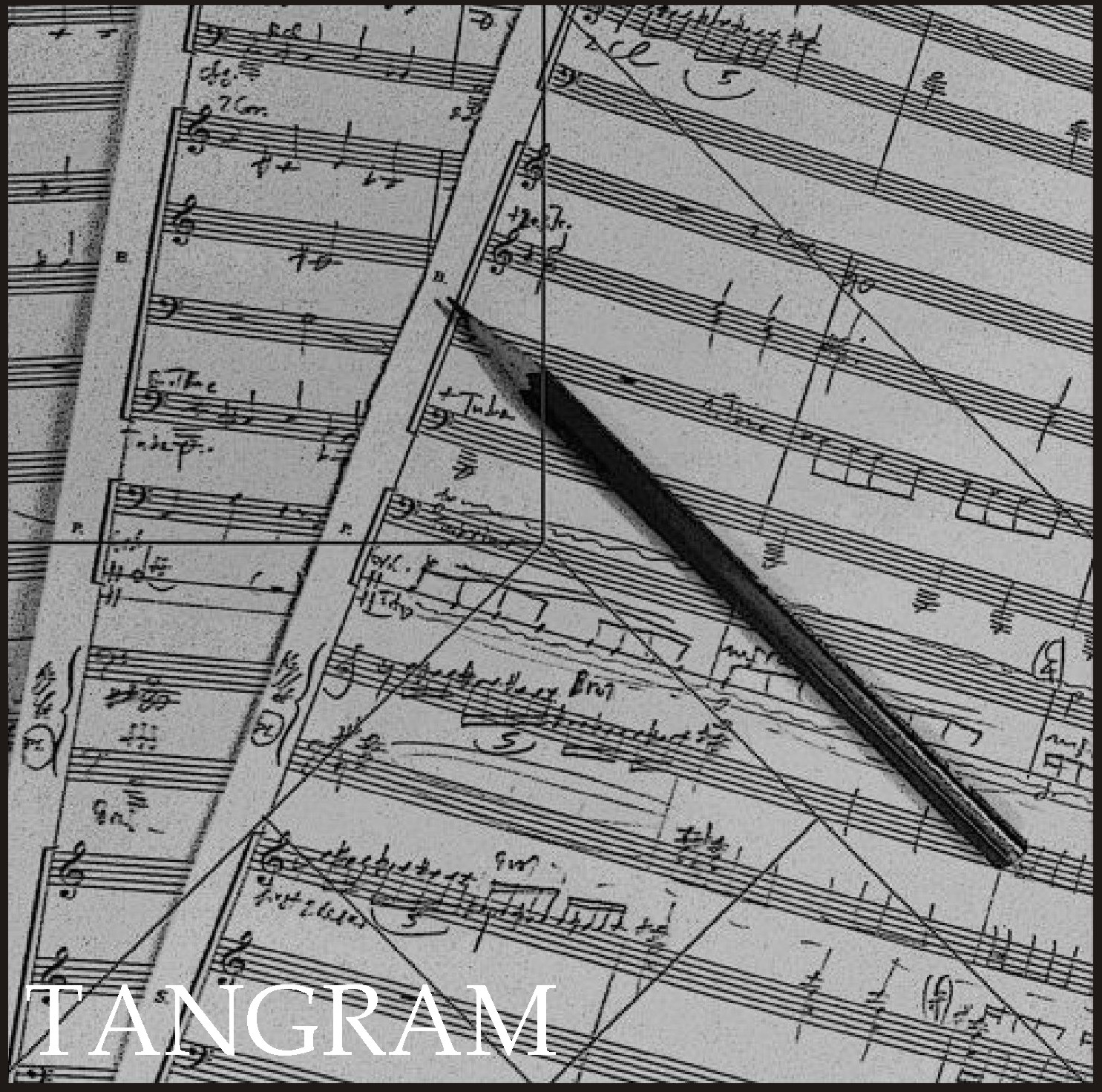 Tangram, or Pinyin, as it is known in China where it originated, is an ancient puzzle game.

It consists of 7 tans or geometrical figures – 5 triangles, a square and a rhomboid. The primary challenge of the game is to imaginatively combine the elements in creating the image of an object – a house, a dog, a man with a hat, an angel. Over the centuries, a catalogue of over 7000 different Tangram shapes has been compiled and it is still growing. It is also considered to be one of the oldest psychological tests, as how one decides to combine the pieces is deeply connected to the subconscious.

When I started to work on the piece, I must confess, I wasn’t completely sure where it will go. Still, I was aware that writing a musical composition is in fact not too much different from playing a game of Tangram. How else can you explain thousands of different symphonies, concerti, piano miniatures or operas that composers have produced in the last 500 years – works of immense beauty and sometimes profound genius – basically doing nothing but combining pieces from a set of 12 different musical notes.

As this musical puzzle progressed, together with my ideas related to the form, the dramatic plot, the semiotics of the piece, the treatment of the orchestra as a living emotional, social and musical organism, I became more and more aware of the fact that Tangram is in fact a paradigm  of our lives and in a way of the entire Universe. Everything we know, from a simple grain of Saharan sand to the magnificent ecosystems of the Amazon, from Grand Canyon here on Earth to the Sea of Tranquility on the Moon, at least according to Mendeleyev, is built from no more than 118 elements. Every single organism, be it a dragonfly, a great whale or any of the 7 billion people is made up of the information contained in the DNA, which in term consists of no more than 4 simple nucleic acids, which combine in billions of incredible ways, creating the miracle of life and the multitude of species and individual living beings.

Finally – life itself – or our lives, as complicated as they may seem at times, are created from a very limited number of elements – daily survival, creation and procreation. Being happy with what we have – being grateful – counting our blessings, or if we may call them so, the pieces of the puzzle, is I believe, the ultimate goal of the game itself. To paraphrase the philosophers – The meaning of Tangram is the Tangram itself. And finally, to quote  Woody Allen, who says “life is like playing a violin solo on stage while simultaneously learning how to play the instrument”, I’d also like to remind you all of a wonderful song by an ingenious colleague of mine, Mr. Bobby McFerrin, called “Don’t Worry – Be Happy”.

So, don’t worry, enjoy every second of this majestic gift that we so often take for granted – and have fun playing the Tangram.