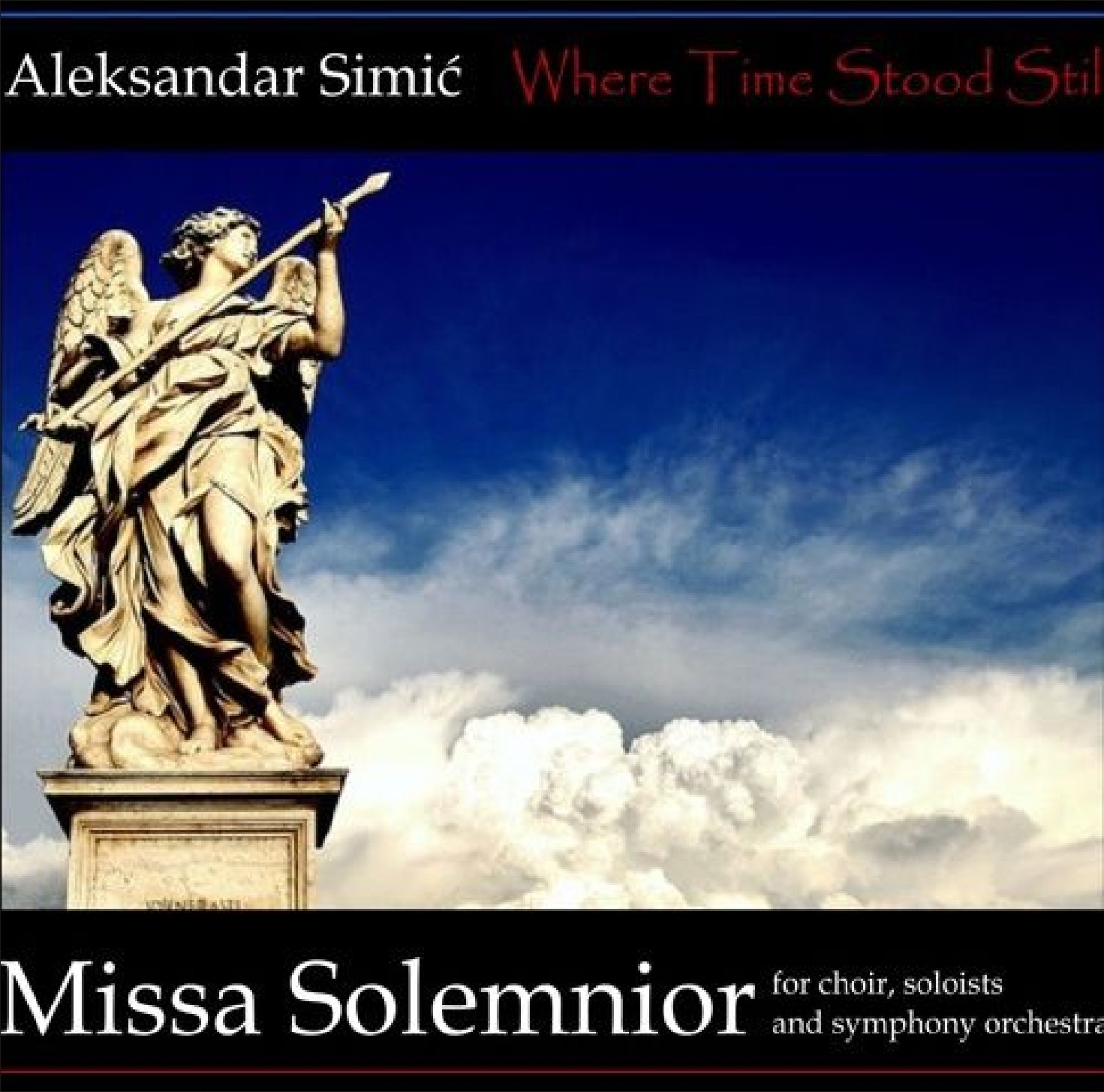 Written in 2004. the Mass was commissioned to commemorate two important jubilees in the history of Christianity – 950 years of the Great Schism and 40 years of the official withdrawal of the anathemas that followed after the split, between Rome and Constantinople.

The East-West split paved a way for the global polarization that plagued the world ever since. The Mass was envisioned as a vehicle of Unity, not only among the Christians but among all the people of good faith. By adopting a number of new additions to the Liturgical texts (the so-called Proprium), the Vatican wanted to give support to the processes of integration and fostering of better relations between peoples and religions. To note only a few, one should observe the Quid Fecisti movement where God cries in outrage against brother killing a brother – a quotation from the story of Cain and Abel, making a point that killing any man is, in fact, a fratricide. For the first time in the history of Western Liturgy – a Kaddish for Jesus, reminding people that it makes no sense to be Christian and anti-Semitic. Psalmus XXIII (Jehova pastor meus est), reminding us of the fragileness of the human entity and our own mortality, and finally Signum Magnum – the first sign of the Apocalypse (Virgin Mary – Or Shekhinah, if we are to be true to the Talmudic source and inspiration of John’s Revelation, shows itself to the people, crowned by the Sun – with 12 stars as 12 diamonds in the crown, signaling the beginning of the end).

It is this image that made count Coudenhove-Kalergi, the champion of United Europe and the founder of the Pan-European Movement, propose the 12 stars on the blue sky as the official flag of United Europe. Being the son of the Austrian diplomat and a Japanese lady, he had no other choice but to grow up into a cosmopolitan trying to overcome the dangers and adversities of the divided world. After publishing his masterpiece Paneuropa in 1923, count Kalergi actually tried to bring his idea to existence by founding the Movement that was immediately joined by many leaders of the European countries, including such members of the civil society as Albert Einstein, Thomas Mann, and Sigmund Freud. Being fantastically educated and capable of seeing ahead of his time, he foresaw the rise of the Third Reich as the result of the economic difficulties Germany was facing after the first World War and proposed Unity as the only option the world had if it is to avoid the Apocalypse.

His warning still flies in the wind over our heads, every time we enter a European Union or a member state edifice. Let’s hope it is alive in our minds as well.

Aleksandar Simic: The Opening of Gloria (from Missa Solemnior)